With the help of Future Cities Catapult (the Government-backed global centre of excellence in urban innovation), SMEs were invited to address the challenge of maximising commercial rates revenue and competed to receive funding support. The competition was launched in July 2016 and four companies were selected to receive £5,000 each in phase one which focused on the development of proofs of concept over a six week period.

At the end of this period, Belfast City Council and Land & Property Services were presented with multi-faceted solutions including Internet of Things (use of sensors), behavioural science, rule based data analytics, and machine learning. Two companies were selected for phase 2 of the SBRI competition and received a further £55,000 to develop their ideas from concept stage to prototyping.
During the prototyping phase from November 2016 to end March 2017, companies had the opportunity to trial their new solutions over two weeks. During this time they identified previously uncollected rates to the value of £350,000 which will continue to provide a year on year revenue stream to Council and the NI Executive. Belfast City Council is now developing a procurement specification with the intention of acquiring a suitable solution to meet its needs. 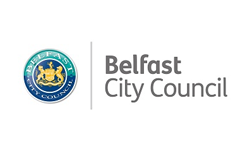 Delivery Agent: Belfast City Council in partnership with Department of Finance (NI) and Future Cities Catapult and support from Department for the Economy and Strategic Investment Board

How long the project took from concept approval to implementation: It is intended for a fully developed solution to be procured in the near future.
How long has the project been operational?R&D phase of the project ran from June 2016 until March 2017 with a further 3 month test in autumn 2017.