Under the banner „Gdynia ReNew” Social Innovation Lab coordinates the revitalization process in six areas of Gdynia: Babie Doły, Oksywie, Witomino-Radiostacja, Meksyk and Pekin housing estates, and the area of Zamehofa-Opata Hackiego streets in Chylonia borough. For different reasons those places have differed from other parts of the city for years. They are characterized by accumulation and complexity of social issues, visibly lower standard of urban space, and often a geographical isolation and a stigma of “the worse place.” The investment and socio-cultural efforts are ongoing there in order to improve the quality of residents lives, restore social ties and activate local communities. Particulars of such activities are written in the Communal Revitalization Program, which has been developed with participation of residents and it is implemented basing of continuous public consultations.

Revitalization measures include investments in roads, buildings renovations, developing new sports and recreation areas, and also equally important social and cultural activities such as creating social gardens, painting murals, outdoor cinema or a theater with residents performing as actors. At present intensive works are underway focusing on creating a network of community centers and those include both hard works (e.g. tenders for reconstructions of old building and building new ones) and development of the program’s concept for centers. Revitalization program is different for each of the areas as those differ from each other by size, needs and location in Gdynia. In some areas, like ZOH estate housing in Chylonia borough, the emphasis is on investments; however, in other places like Pekin, which is a private-own area, ongoing are mainly social activities. Residents of Pekin can benefit from the city’s support in moving to new residences. The aid offer defined in the Support Program allows obtaining co-financing of rents of new apartments. The support also includes counseling on professional career and adaptation of family in a new milieu. Social workers of Housing Reintegration and Intervention Center of Gdynia’s Social Welfare Center are in constant contact with residents of Pekin.

The starting point for revitalization in Gdynia is to understand that all social, spatial, functional, economic, technical, and milieu issues are inseparably linked with each other. Integrating activities dedicated to supporting local communities with measures aimed at improving their residence area, and at same time securing conditions for further continuous growth are of key importance.

Gdynia ReNew entails the symbolism of renewal (social, spatial, in public services) and also a harbinger of innovative approach to the implementation of changes in urban areas. The “Gdynia ReNew” expression should be understood as a fresh approach to the stigmatized properties and areas of Gdynia and restoring their proper place on the mental map of the city. This assumes that development of individual sub-areas of revitalization affects the change observed throughout the whole city. It stresses that the potential and capability of its boroughs, sub-areas, local communities, and neighbourhood groups constitute the driving force of change in the city. It is the appeal to Gdynia’s tradition – “the city of sea and dreams,” built and developed with the energy of its residents.

Key challenges and how these were overcome:

How long the project took from concept approval to implementation: 2 years 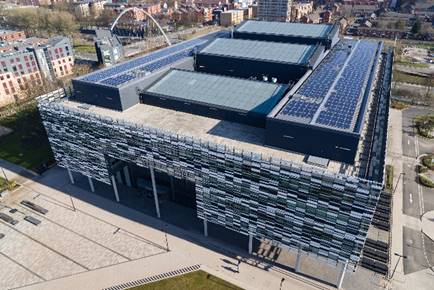 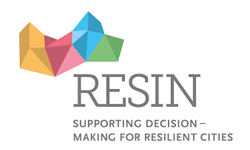