European cities face four main mobility problems: congestion, land use, safety and environment. One of the main causes of such problems is the car-ownership rate. The centres of large cities address this issue combining efficient mass transits with car restriction policies but peripheral areas and smaller cities remain dominated by private cars. CityMobil has demonstrated how automating road vehicles can lead to different transport concepts, from partly automated car-share schemes through CyberCars and PRT, to BRT which can make urban mobility more sustainable.

However CityMobil has also highlighted three main barriers to the deployment of automated road vehicles: the implementation framework, the legal framework and the unknown wider economic effect.

The CityMobil2 goal is to address the above main barriers highlighted by CityMobil and finally to remove them. To ease the implementation process CityMobil2 will remove the uncertainties which presently hamper procurement and implementation of automated systems.

In this respect, the CITYMOBIL2 project therefore focused not on making vehicles more intelligent, but rather on taking a holistic view of the entire transport system in order to demonstrate that the system as a whole is failsafe 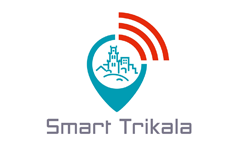 The main benefits of road automation will be obtained when cars will drive themselves with or without passengers on-board and on any kind of roads, especially in urban areas. This will allow the creation of new transport services—forms of shared mobility, which will enable seamless mobility from door to door without the need of owning a vehicle. To enable this vision, vehicles will not just need to become “autonomous” when automated; they will need to become part of an Automated Road Transport System (ARTS).

The CityMobil2 mission was progressing toward this vision defining and demonstrating the legal and technical frameworks necessary to enable ARTS on the roads.

CityMobil2 is an EC funded project, which aims at fostering the implementation of ARTS in European cities. ARTS are road transport systems based on fully automated (no driver seat—no steering wheel) vehicles, which have a prior knowledge of the infrastructure they use, and which is certified with them. ARTS vehicles are not autonomous but constantly supervised and managed by a supervisory system under the control of a human operator.

The CityMobil2 general objectives include the organization of groundbreaking demonstrations of ARTS in 7 European cities; the study of long term socio-economic impact of automating mobility; and the definition of a legal framework which will finally allow ARTS on urban roads.

CityMobil2 work plan was organised in two phases. In the first phase, the study phase, 12 cities studied ARTS insertion in their sites and prepared proposals to host a demonstration. At the same time the research team prepared the technical specifications for the ARTS fleets to be used in the Project demonstrations. The five ARTS manufacturer partners in the consortium prepared their bids on the basis of such specifications. Two fleets of 6 10-passenger vehicles each were selected.

During the second phase, the demonstration phase, two procured fleets (from project partners Robosoft and EasyMile respectively) were brought in the 7 selected cities for variable periods to supply real transport services.

The selected demonstrations are

CityMobil2’s workpackages 18, 25, 26, and 27 respectively: studied the impact of these systems on passengers and other road users and assessed their reactions and how to improve the technology and its urban integration to satisfy the “human factor”; evaluated the demonstrations and cross-compared results; defined a certification methodology and proposed a legal framework; and forecasted long term impacts.

Organisation: e-Trikala municipal company of the city of Trikala: partner of the EU funded project consortium.

How long the project took from concept approval to implementation: 5 years